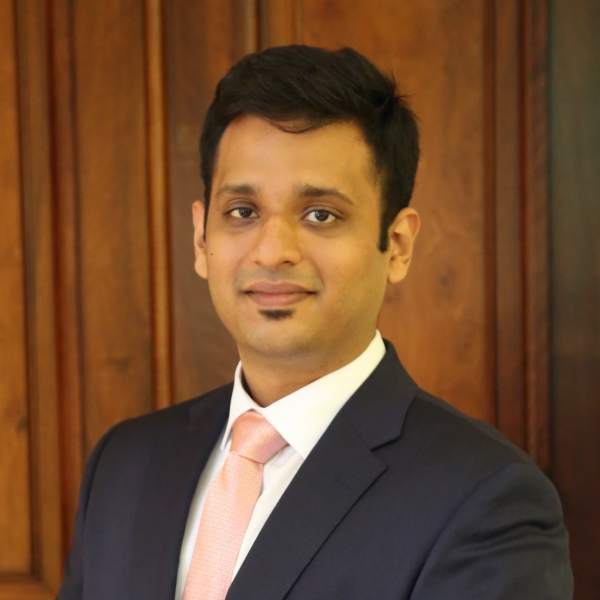 Arjun is an Indian qualified lawyer. He has represented clients in several contentious corporate and commercial disputes for over five years, including in high value joint-venture and franchise disputes as well as disputes relating to major infrastructure projects governed by FIDIC contracts.

Before moving to Geneva, Arjun was a Senior Associate in the Mumbai office of Cyril Amarchand Mangaldas, where he gained extensive experience in commercial arbitration (both international and domestic) as well as litigation before various courts including the Supreme Court of India and the Bombay High Court. Arjun handled disputes and advisory work across a range of sectors, including renewable energy, oil and gas, infrastructure projects and government contracts, sports, technology and media and entertainment.

Arjun received a first-class Bachelors of Commerce and Law degree from the Gujarat National Law University in 2015. During his time at law school, Arjun developed an interest for dispute resolution while participating in moots such as the Frankfurt Investment Arbitration Moot and attending the lectures on private international law at the Hague Academy, as well as through internships with distiguished senior counsel including former Solicitor Generals of India.