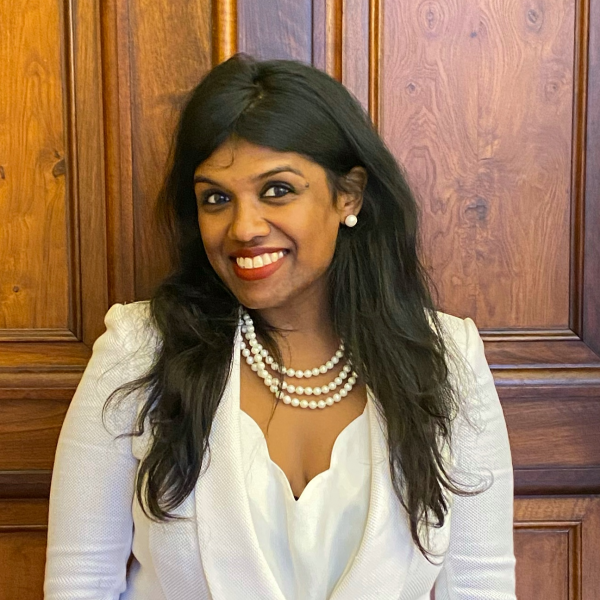 Anthea Jay Kamalnath is a LL.M. Candidate at the Geneva Center for International Dispute Settlement. She is licensed to practice law in New York and California.

Prior to this, Anthea served as a Senior Advisor & Franklin Fellow at the U.S. Mission to the United Nations in New York where she was awarded by the U.S. Department of State and Ambassador Samantha Power for her successful negotiating skills in the UN General Assembly and advancing U.S. countering human trafficking goals, including the first-ever thematic session on human trafficking in armed conflict in the UN Security Council. The selected speaker for the session, Ms. Nadia Murad, won the Nobel Peace Prize in 2018. Anthea’s other duties included working as a negotiator and U.S. expert in the Commission on the Status of Women, High Level Political Forum, NGO Committee, and UN Democracy Fund, as well as running election campaigns for the UN Committee Against Torture.

Anthea was a Special Deputy Attorney General for the California Department of Justice in the Executive Office of Attorney General Kamala Harris. She was also one of the youngest foreign policy advisors for Secretary Hillary Clinton’s 2016 presidential campaign.