Schultz, Mitchenson - "The History of Comity"

Abstract: This article explores the history of comity through events and the ideas of those who most influenced its development. By doing so, a number of important aspects may be revealed about the principle which have been hidden from view. This may shed new light on comity and open the door to new ways of thinking about the principle.

Comity was created to resolve the vexed question of how, and under what circumstances, sovereign States ought to recognize each other’s authority. Although originally developed as a means to facilitate international trade and commerce, it became a principle of justice. States act with, or ought to act, with comity because the recognition of foreign authority will, in many cases, be the most just exercise of their own. The principle embodies the idea that whereas every State is sovereign, often the most just exercise of one State’s own authority will in fact be to recognize the authority of another. 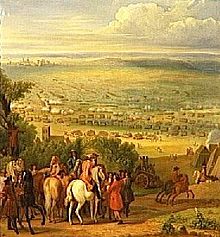