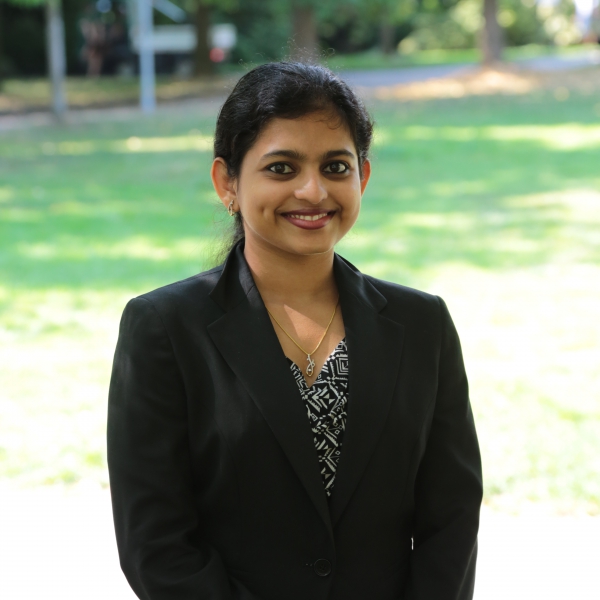 Chithra Powathikunnil George is an advocate enrolled with the Bar Council of Kerala, India. Having cleared the All India Bar Examination, she is qualified to practice law in India and was litigating in India from 2015-2017. She has inter-alia handled disputes in the areas of constitutional, administrative, contractual, service and land acquisition laws.

Subsequent to the litigation phase, she received the coveted opportunity to pursue LL.M. in International Arbitration and Dispute Resolution at National University of Singapore (NUS) with full scholarship and stipend. During her studies at Singapore, she gained practical exposure by interning at Baker McKenzie Wong & Leow, Michael Hwang Chambers LLC and Centre for International Law. Having been nominated by NUS and admitted by MIDS, Chithra is now pursuing the NUS-MIDS Double Degree Programme between National University of Singapore, Graduate Institute of International and Development Studies and University of Geneva, under which she will graduate with LL.M. each from NUS and MIDS. She has excelled in completing her credits for the LL.M at NUS during 2017-2018 and is now on the verge of finishing the same at MIDS by 2019.

During the Pre-University days, Chithra has had a rich exposure in representing her country in Japan by entering into negotiations with Japanese officials as part of furthering Indo-Japan bilateral relations. While pursuing her undergraduate studies in law in India from 2010-2015, she bagged multiple awards for academic excellence and graduated as a University rank holder. Her law school life speaks volumes of her passion for dispute settlement wherein she participated and won many national and international moot court competitions. She is currently in the process of widening her skill sets from investment and commercial arbitrations to WTO dispute settlement.